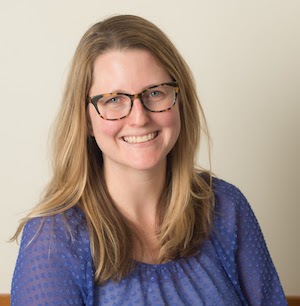 One reason teachers sometimes resist professional development programs is when they are delivered “top-down,” meaning the programs are selected and pushed by school leaders without input or buy-in from the teachers themselves.

That was definitely not the case when teachers at Pritzker College Prep in Chicago began using Copilot in 2017-18.

Chris Biddix, who teaches math to sophomores at Pritzker, had heard about the program through a friend. He liked the idea of regularly surveying his students to find out how they were experiencing his class and to see whether they thought their schoolwork was valuable. He also thought the goals of Copilot fit well with Pritzker’s emphasis on seeing students through both qualitative and quantitative lenses.

He pitched the program to the school’s administrators, and they gave him a green light to try it out because they saw its alignment with Pritzker’s emphasis on student-centered learning.

Chris pioneered Copilot with a small, opt-in cohort of 3 teachers that first year, and the results were promising for students and teachers alike. So in 2018-19, Chris and his supervisor decided to roll it out to all of the school’s 10th grade teachers, who enthusiastically embraced the program.

“I had very little involvement,” said Mollie Griffin, the school’s Dean of Instruction. “Copilot was almost entirely teacher-driven at Pritzker.”

Copilot is a tool created by the Project for Education Research That Scales (PERTS). Copilot helps teachers leverage the science of motivation and each other’s expertise to foster students’ internal drive to learn. Academically-engaged students are more likely to learn and succeed in school, and are better positioned for a productive, healthy, and intellectually stimulating life.

Copilot surveys students about key learning conditions that affect student engagement and can be improved through evidence-based strategies. For example, students agree or disagree with statements like, “This week in class, I got specific suggestions about how to improve my skills,” and “I feel like my teacher is glad that I am in their class.” For more information about these conditions and resources to help improve them, visit equitablelearning.org.

At Pritzker, Chris Biddix and his colleagues decided to conduct the survey three times in 2018-19—in the late fall, winter, and early spring—to protect teachers’ classroom time. In the winter, they allowed students to complete the survey at home on their own time, but participation plummeted, so they concluded that keeping it part of the school day was a better way to go.

Pritzker teachers decided for themselves which learning conditions they wanted to focus on in their classrooms. Many decided to emphasize Feedback for Growth, according to Mollie Griffin, but often the teaching moves they tested led to improvements in multiple conditions.

All told, 100% of the Pritzker teachers improved at least one learning condition, and three quarters of them improved over 20% points. On average, they improved 16%.

Charles Rosentel, who teaches world history to 10th graders at Pritzker, registered an impressive 30% improvement in Meaningful Work between the first and third surveys.

He believes one reason for the change was a chance conversation with one of his students, who shared that she didn’t see the relevance of Charles’ class for her life because she didn’t want to major in history in college.

Charles learned that the student’s career interests included becoming a therapist or doing criminal justice work for the FBI or CIA. He pointed out to her that both careers would require careful listening and interpersonal skills, and that criminal justice work involves integrating and corroborating evidence across sources—all of which are skills explicitly practiced in his history class.

With the student’s permission, Charles decided to use the exchange as a teachable moment in all of his classes. “I told them, ‘I do not expect most of my students to become history majors, but I expect you to develop skills to succeed in whatever you do.’”

Chris Biddix and his team plan to keep using Copilot next year. He achieved a 26% improvement in Meaningful Work in his 10th grade math class and, more importantly, saw many of his previously struggling students post big increases in unit assessments.

“I think that's an amazing trend that speaks to the value of culture and the value of the domains [emphasized in Copilot],” he said.