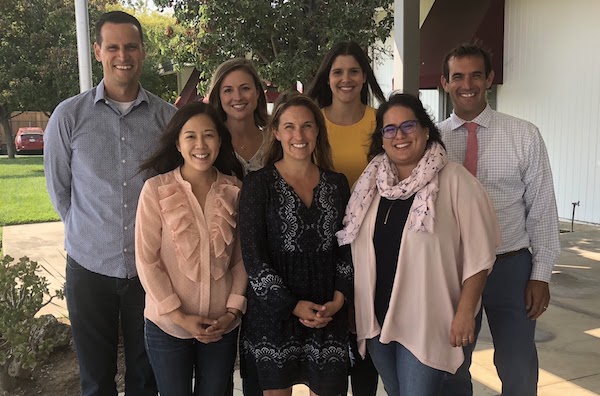 When Kirk Hinton learned he’d be one of 40 teachers using Copilot in the Fremont Union High School District (FUHSD), he was excited—but skeptical.

Kirk is a big believer in continuously working to improve as an educator, and he was intrigued by Copilot’s approach of regularly surveying students about their classroom experiences and his own teaching practice. He was curious what the data might tell him about things he could do differently in his work teaching British and American Literature to seniors and juniors.

“I want to make sure I’m doing whatever I can to give my students the best possible learning experience,” he said.

At the same time, as a 16-year teacher, Kirk has experienced a lot of training programs with little differentiation. “After teaching for a while, you see a lot of the same types of PD programs come down the pike,” he said.

“I was pleasantly surprised by Copilot,” he added.

Copilot is a tool created by the Project for Education Research That Scales (PERTS). Copilot helps teachers leverage the science of motivation and each other’s expertise to foster students’ internal drive to learn. Academically-engaged students are more likely to learn and succeed in school, and are better positioned for a productive, healthy, and intellectually stimulating life.

Copilot surveys students about key learning conditions that affect student engagement and can be improved through evidence-based strategies. For example, students agree or disagree with statements like, “This week in class, I got specific suggestions about how to improve my skills,” and “I feel like my teacher is glad that I am in their class.” For more information about these conditions and resources to help improve them, visit library.belenetwork.org.

Josh Maisel, the Coordinator of Academic Interventions at FUHSD, is the person responsible for bringing Copilot to the district, which includes 11,000 students attending five high schools in the heart of Silicon Valley. Josh has been mentoring FUHSD teachers for more than a decade. He was strongly influenced by Carol Dweck’s work on the importance of helping students develop a growth mindset about learning, and efforts to enhance engagement and motivation “undergird everything we do,” he said.

Josh previously developed a year-long training program for teachers new to FUHSD based on the book “The Skillful Teacher.” The focus areas in Copilot lined up well with the three core elements of motivation as described by The Skillful Teacher—“This Is Important,” “You Can Do It,” and “I Won’t Give Up On You”—so he thought the two programs would mesh well.

“Copilot aligned really perfectly with some of the essential skills we’re trying to build with teachers,” Josh said.

Josh and four other mentors led groups of 5-8 teachers as they used Copilot. Josh gave them wide latitude to figure out both logistical issues, such as when and how often to administer the surveys, and which of the focal areas to work on.

“We were trusted as professionals to determine how to implement it, which was nice,” said Kirk.

In Kirk’s case, after conducting two surveys in his Honors American Literature course for juniors, he decided to focus on improving Teacher Caring and Meaningful Work. He particularly wanted to motivate a more diverse mix of students to participate in classroom discussions, which tended to be dominated by a handful of highly vocal students.

He received helpful suggestions from peers in his work group and tried a mix of approaches, including having 1:1 conversations with students to ensure they knew he valued and wanted to hear their thoughts in class and that he welcomed a diversity of opinions. His efforts paid off with impressive improvements in multiple learning conditions. In two classes, Meaningful Work improved more than 24% and Feedback for Growth improved more than 26%. Teacher Caring improved as well, although they already began at a high level, giving him less room to grow.

“It’s a great tool,” said Josh Maisel, who will oversee a second cohort of Copilot teachers in FUHSD in 2019-20. “The survey is really asking the right questions and putting data in front of teachers that can be helpful.”