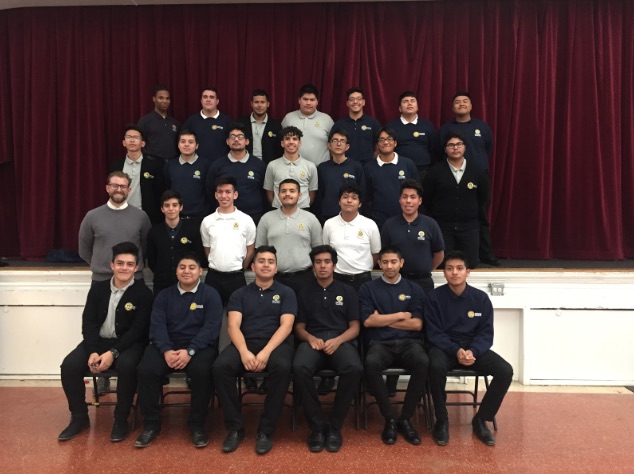 Chris Biddix teaches math to sophomores at Pritzker College Prep, a charter high school in Chicago, Ill. His classes are generally around 20-30 students. One class in particular had lower incoming math scores, which led Chris to focus heavily on building a cooperative culture of learning.

Chris was surprised when his initial surveys revealed that few students reported experiencing the work in his class as meaningful. For example, relatively few endorsed the statement, “This week, I learned skills in class that will help me succeed later in life.” He decided to concentrate on finding new ways to make the relevance of his material more clear to his students.

A new approach - “Running the Stairs”

Chris took an unconventional approach by acknowledging to his students that not everything that he is teaching them was directly necessary for their lives. Instead, he noted when math content was useful for the SATs and college access, and he also frequently invited his students to think of math exercises and homework problems as intellectual “cross-training.” Just as high school runners or soccer players run up and down the stairs to improve their aerobic capacity, mathematics can build analytical skills and mental toughness that will help students in many aspects of their lives. His students began to refer to their practice as “running the stairs.” Chris felt that his students noticed and appreciated his authenticity, and that this made them more open to the idea that math can build a broader range of thinking skills.

Chris also spoke often with fellow teachers who were using Copilot to compare results and trade ideas about strategies to use in the classroom. In particular, he worked with a co-teacher to conduct follow-up interviews with his students about their answers and to ask how Chris could make class more meaningful and engaging. The process helped Chris to get a richer picture of his students’ experiences and to get ideas for improvements.

Chris saw a remarkable 26 percentage-point improvement in his survey results around Meaningful Work between January 28 and March 24, 2019. In addition, Chris said, the students in his focal class began “beating other classes in unit assessments [even though they previously came in lowest.] I think that’s an amazing trend that speaks to the value of culture and the value of the domains [emphasized in Copilot].”